Empty at 5:00. Apparently too early for socializing or eating. About 8:30 it is THE place to be.

We'd forgotten that the natural state of people younger than 10 is running. You might think the plaza were small, but no! Over, back, up, down they run. Parents drink their Cokes and beer and let them run, occasionally chasing down a going-too-far toddler. Where do American kids run that much? At playgrounds?

This morning as we were leaving town they were starting to set up the plaza for a festival. Maybe we were lucky to be there when we were. There will be no space for running for a while. 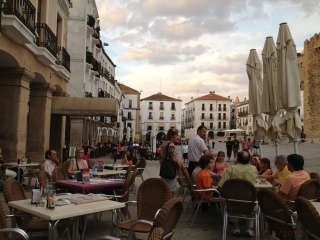 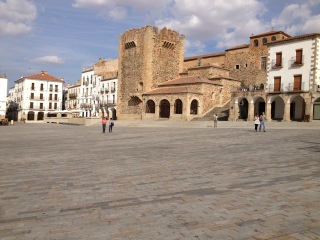 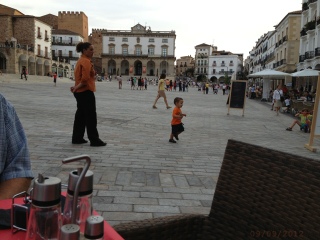 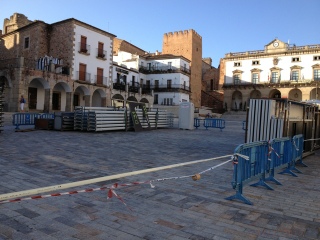 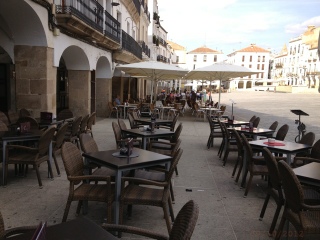 Email ThisBlogThis!Share to TwitterShare to FacebookShare to Pinterest
Labels: Camino 2012