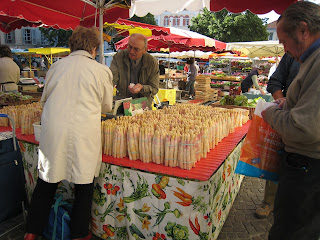 These are photos from our wanderings in Cahors, an old Roman city in the crook of the River Lot. It has wonderful narrow winding roads from its medieval times, as well as big squares from Roman days. The market was in a Roman square. The little boy was just too cute to not post him. 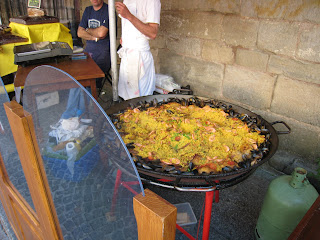 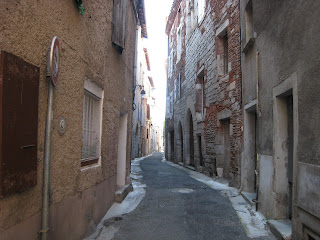 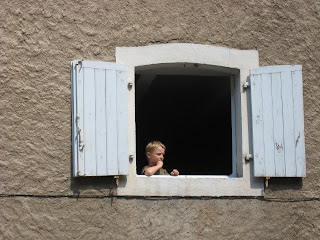 The flat dry road is a section of the old Roman road that we hiked yesterday morning. Those Romans didn't like mud...bravo for the Romans! The mud puddle is typical of the post-Roman road building we encountered the rest of yesterday, although thankfully, this part was flat rather than hilly.

The fields often had this beautiful grass with wispy grains blowing in the breeze. Spectacular. The final picture shows some of the other pilgrims starting down the hill into Cahors yesterday evening with us. 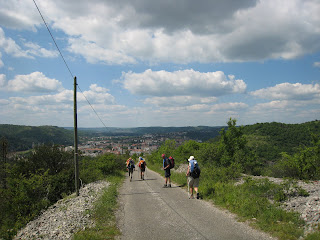 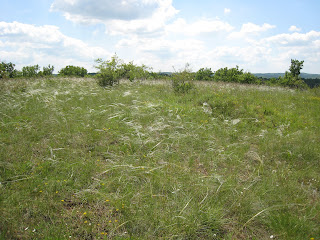